Insanely successful people who obliterated their fear of public speaking

Hearing that others also struggled and had to work at it, was somewhat comforting to me….!

So whenever I watched a presentation (where I was impressed by the speaker), I would go up to them afterwards and ask them questions like:

“Have you always been this confident?”

“Did you ever struggle with nerves!? “If so, what did you do to improve!?”

and you know what they always said in response?

“Oh I used to be terrible! I’ve had to work hard to get where i’m at today”

At that point I’d be thinking to myself “Oh thank-god! I’m not alone! There’s hope for me” 😃

So, I wanted to pass some of that hope on to you today.

If you Google it, there are many stories of famous people who once struggled with their fear of public speaking.

I’ve cherry picked the stories of two really famous people who were once terrified of public speaking, but turned that around in a dramatic way, to go on and do incredible things – Warren Buffet and Mahatma Gandhi.

Warren Buffet used to vomit before he’d do a presentation, but after investing in a Public Speaking Course when he was 21, he conquered his fear. He’s now the world’s seventh-richest man, worth a staggering $101B.

Mahatma Gandhi struggled with public speaking so much so that he could barely utter two sentences together in public, yet went on to become one of the most inspiring speakers of all time, leading a global independence movement.

Here are their stories…..

As a teenager and college student, Warren had a terrible fear of public speaking. He would avoid classes where he would need to say his name. If he had to do an actual presentation, he would vomit before-hand.

But when he started his career as a stock broker, he realized he would need to face his fear of public speaking head-on.

So at the age of 21, he enrolled in a Dale Carnegie Public Speaking Course. He was so nervous that he didn’t turn even turn up though. However, he enrolled again and completed it the second time around.

After the course, in order to keep practising his skills, he started teaching a class at a university, on investment. The more he practised, the easier it got and the more confident he became.

It’s safe to say that he completely crushed his fear of public speaking.

He’s now a sought after key-note speaker who speaks all over the world and is paid anywhere between $100,000 and $200,000 for one talk. He’s also the world’s seventh-richest person, with a net worth of over $101B and growing.

Warren Buffet places a lot of emphasis on that public speaking training he took back when he was 21.

So much so that the only certificate that hangs in his office is the Certificate from that course, which reads “Warren E. Buffett has successfully completed the Dale Carnegie Course in effective speaking, leadership training, and the art of winning friends and influencing people. January 13, 1952.”

He believes that great communication skills can increase your net worth by as much as 50%. He considered presentation training to be a great investment and his net worth speaks for itself! 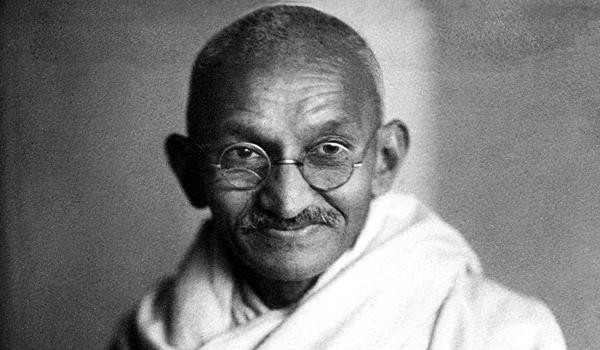 As a law student, Gandhi suffered from frequent panic attacks.

He recalls one speech when he was talking in a London restaurant to a Vegetarian Society on the benefits of vegetarianism. He had prepared well for it, but when it was his turn to speak, he panicked. After reading one line from his prepared speech, he was so nervous, he could no longer continue. He had to get someone else to take over and read from the rest of his speech.

This fear plagued him whilst he was a lawyer too.

In his first case in court before a judge he panicked and couldn’t think of any question to ask, so quickly left the courtroom in shame. He painfully recalled, “My head was reeling and I felt as though the whole court was doing likewise.”

He practised as a lawyer for 20 years, which gave him a lot of opportunity to hone his speaking skills and made him realise the importance of his choice of words.

Finding a cause that burnt inside of him stronger than his anxiety is what provided the final turning point for his public speaking journey.

His passion to free India was strong enough to drive him to speak up and continue to keep speaking.

Even though he was considered a softly spoken speaker, his choice of words were what inspired people to follow his lead. He said that his initial “hesitancy in speech” helped him to craft punchy statements that were packed with meaning and made a real impact.

Gandhi was a true believer in the power of words over violence.

His dedication to peaceful protest played a huge role in helping India gain its independence from Britain. In one of his most historic speeches, the ‘Quit India’ speech in 1942, he called for passive resistance, which ultimately led to the independence of India.

From severe anxiety around speaking, to inspiring millions to join together to change the course of history with his speeches. That’s what I call a dramatic transformation!

I hope these stories inspire you to realise that the speaker you are today, doesn’t define the speaker you’ll be in the future. Anything is possible as long as you work at it and have a strong enough ‘why’.

What have you taken away from these stories that can help you in your own public speaking journey? Let me know in the comments below!

Want more tips and tricks to help you improve your public speaking? Signup to my Monthly NEWSLETTER and you’ll never miss out.